My mom has a traumatic brain injury. The consequences of the brain injury have been difficult to accept. Although she did return in the slightest bit to become a shell of her former self for a year or two after the injury, she is no longer there at all. Over the past few years, she has steadily and dramatically declined.

We were told my mom would likely never talk again, but she did talk again for a period of time. Very few words, if any, escape her lips today. She relearned how to walk and maintained that ability until recently when her brain no longer consistently communicated with her legs to move forward. Today, she is in a wheelchair. She had relearned toileting skills even though occasional “accidents” did happen. Today, she is diapered 100% of the time with no independence.

Even though she initially had made a bit of a return to her former being, the last few years have definitely taken their toll. If one were to look only at her immediate future when this all first happened, her comeback would be viewed as quite the success. She certainly had overcome a lot considering the damage. At the time, she surpassed much of what we were warned about!

In fact, based on my mom’s initial progress in the first year or two following her brain injury, those predicting future success mostly assumed she would continue to improve. 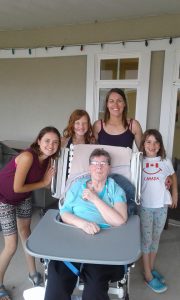 This is today even though she surpassed many of her therapy goals over the first year or two following her brain injury.

Why Even Bring This Up?

I don’t share this story looking for sympathy. I share it because there was no way of knowing how her future would look. Focusing on the moments of the first year or two following her brain injury, she had made one hell of a comeback! She even was approved to drive again for a period of time!

I bring this all up because of this one very important point. We have no way of knowing or properly predicting what will happen to individuals in the years to come. We may think we do, but we don’t.

Fast forward 8 years to a man I know with a recent brain injury involving bleeding in the brain. Again, medical professionals did not know whether or not it would be best long-term to operate or let the bleeding dissipate on its own. It was heartbreaking to hear that medical professionals still were unsure of what to recommend to the family. Here’s the thing though. No one knows. We can pretend to, but that’s about all we can do.

When the odds are beaten, it is often called a miracle. This is stated especially when there is no idea what was involved in getting that individual from Point A to Point B. Predicting future success accurately in any individual is more difficult than it first would appear. 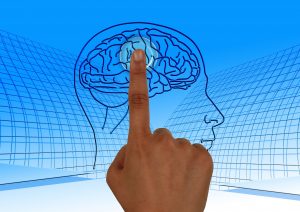 Switching Thoughts to Students and Youth

At least the medical staff were honest with us in that they didn’t pretend to know how it would all turn out. I switch this thinking to some staff members and parents in schools now. I know this doesn’t apply to all of the aforementioned adults by any means, but I have heard individuals say that certain students would never amount to much.

How can this be stated though? It isn’t as if follow up of other students that behaved similarly or have had similar test scores is being done. In fact, if we looked at it this way, we may be pleasantly surprised that so many professionals get it wrong. Each person is unique. There are SO MANY examples of individuals barely making it through school or who did not complete school that have rocked it in life.

One of my favorite success stories is the story of John Paul DeJoria who is now a self-made billionaire even though he had been homeless and left to be a single parent of his 2 ½ year old son in his early 20s. According to the book Millionaire Success Habits by Dean Graziosi, John Paul’s 11th grade teacher had him and a friend stand up after they were caught goofing around in class.

The teacher said, “See these two? Don’t hang around them because they’re not going to amount to anything. They’ll absolutely never make it in any business.”

As it turned out, both of the individuals made it and became hugely successful. Apparently the other individual even tracked down their former 11th grade teacher for John Paul’s 50th birthday. Upon learning of their tremendous success, all the teacher could say was, “Well, shit.” 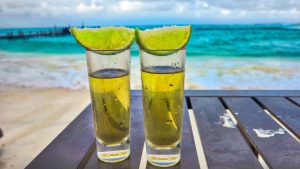 Is it Shocking that the Adult was Incorrect in Predicting Future Success?

Now the words the teacher used in class that day seem shocking today knowing what John Paul’s outcome was. However, I believe it is all too common for adults to make inaccurate predictions about our youth. This is especially true when youth aren’t behaving as we adults would like them to.

Don’t we hear this all the time? “Oh, youth today! They don’t know what a hard day’s work even is! They think…” The list goes on and on.

When students struggle in school with things such as reading or math, this can often amplify the situation. Coping strategies such as becoming the class clown happen and more adult judgments occur. However, it is true that many, many people have become successful despite struggling in school. You likely are aware of some of these individuals yourself. I have highlighted a few of them in previous posts such as Dyslexia Does Not Define Success and Inspiring Children’s Book Authors with Dyslexia. 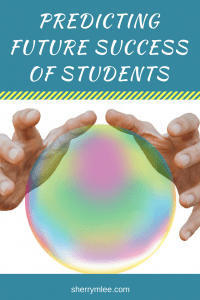 What are your experiences with predicting future success? Have there been any predictions made about you or others you know? Were the predictions accurate or inaccurate? Let me know in the comments below or by emailing me at contact@sherrymlee.com.

*This post contains affiliate links, helping me to support my family at no extra cost to you. Thank you for your support!

Spelling Hacks Everyone Needs to Know!

You Are… More than ADHD