Addition and Subtraction Facts Made Fun

Do you have a child currently struggling with basic addition and subtraction math facts? Perhaps the teacher has suggested flash cards or additional worksheets for your child. However, your child HATES these activities! Having a couple of kids myself in which assisting with homework has NOT been conducive to relationship building in any way whatsoever, I can so relate to the sick feeling a parent may get when a suggestion is made in which we know our child will shudder at.

So let’s look at other ways that may work for your child that can achieve the same result that flash cards would (but better because we can take the fighting with our kids out of it!) Here are some ways to make working on addition and subtraction facts fun.

*Disclaimer: This post contains affiliate links, meaning I make a commission on purchases made at no extra cost to you. Thank you for your support! 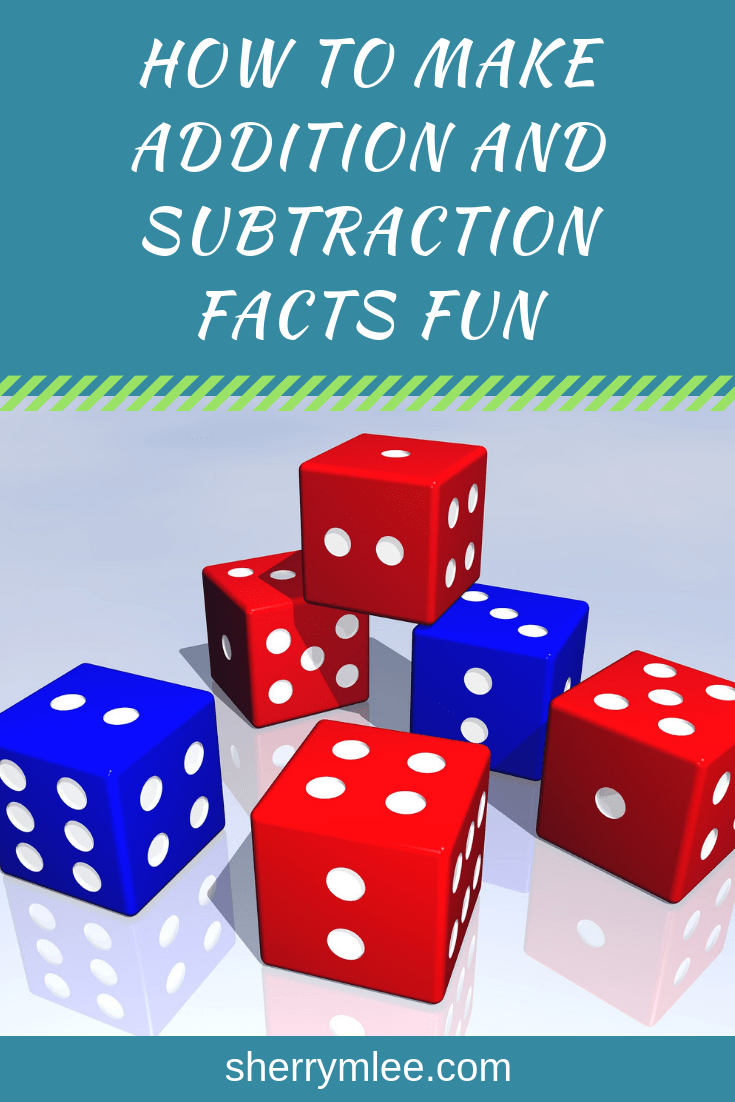 Using Games to Work on Addition and Subtraction Facts

Do you like to play games with your child? You can play a game together in which you have 2 colors of dice. Prior to starting, decide on which color of dice’s number will be said first when stating the addition fact. If playing the game using subtraction, then the higher number will automatically go first and color won’t matter. You both roll the dice when it’s your turn and say the question and answer as quickly as you can. For example, if a 2 and a 3 are rolled, you will say, “2 + 3 = 5.” I suggest using these quiet, high-quality dice so noise doesn’t become a distraction. If your child needs manipulatives, he or she can count the dots on the dice. A more fun way of using manipulatives is to count jelly beans (or whatever favorite incentive your child may have) to determine the answer.

Want to make the above game even more fun?

Then, after a predetermined number of rounds, switch to it being a subtraction game for a few rounds. This time, have each player use their jelly beans from the pile that was accumulated from the addition rounds. If a 6 and a 2 are rolled, you will say, “6 – 2 = 4” and remove 4 jelly beans from your pile and return them to the bag. At the end of the game, the player with the most jelly beans left in front of him/her will win. Of course, it’s kind of a win for all players since the players now get to eat the jelly beans they are left with. 😉 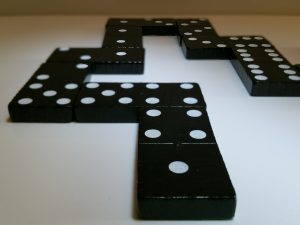 Do you like playing Dominoes? If so, you and your child can each play a round in which the numbers will need to be added to each other as you play. I like using Dominoes for this because of the dots on them that can be used for counting if needed.  In the picture above, the last addition math fact would be “4 + 4 = 8.”

My kids and I love to play cards. There are so many card games that can help with math facts, such as cribbage. If just starting to play, you can learn the rules for cribbage here.

Another card game you can play is an adapted game of “War” in which the deck is divided evenly and then each of you flip a card at the same time. The player who adds or subtracts the cards the quickest will win that hand. If working on addition or subtraction facts, taking the jacks, queens and kings out can be helpful or they can be counted as 11, 12, and 13. Other cards can be taken out if not working on those numbers yet as well. It’s important to have a deck of cards that can be used for counting and not just with numbers on them, such as these. 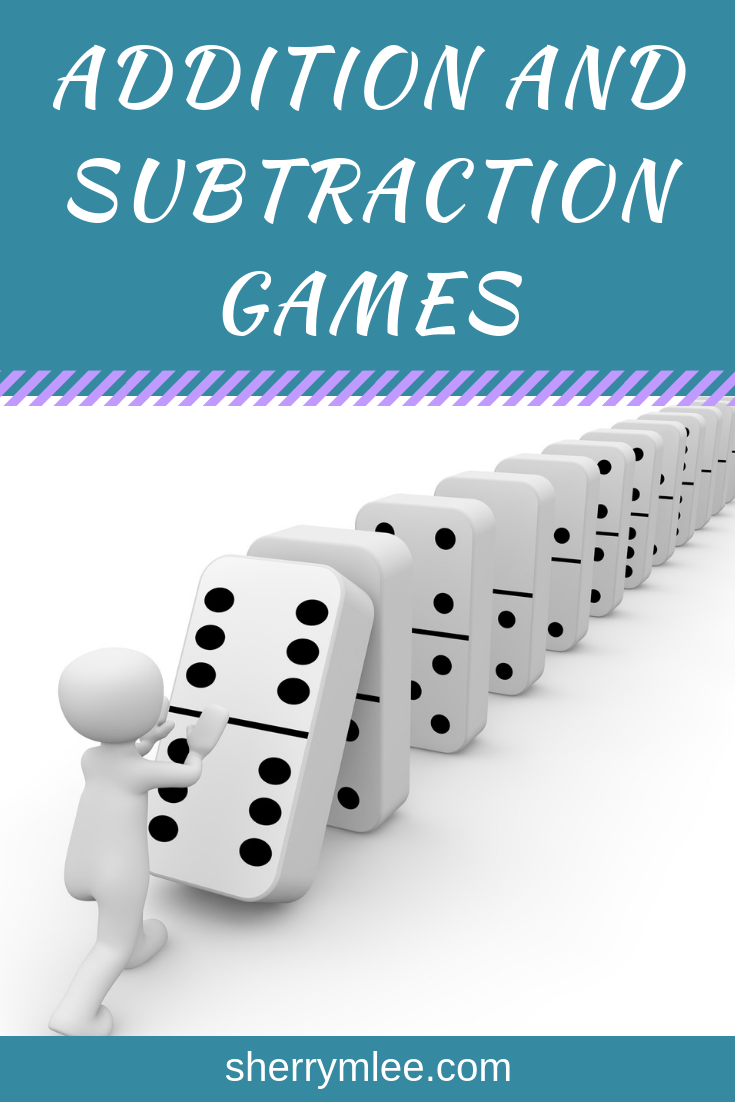 Another game that can be played, especially if focusing more on subtraction, is to grab a foam bowling set. Next, grab the ball and bowl those pins down. If you start with 10 bowling pins and are left with 4 still standing, you will say, “10 – 6 = 4.” See who the better bowler is when doing this and feel free to create some extra challenging layouts to bowl down. 😉

A fun addition and subtraction game to play with kids is Sum Swamp. If you are feeling creative, you can also create an addition or subtraction board game with your child. An easy one would be to create bingo cards such as these ones and then flip cards or roll 2 dice to create the questions. It could be a simple card with only a few numbers on each. Adding a prize for the winner may help for some extra incentive.

Do you have any favorite ways to work on basic addition or subtraction with your child that I missed? If so, please add them in the comments below. 🙂

Gratitude for Safety and Freedom

Top Benefits of Board Games