Dyslexia Does Not Define Success (Part 2)

Last week’s blog post was the first in a 3 part series featuring incredibly inspirational individuals who are dyslexic. They each had huge struggles with reading in their younger years and some still do.

What does it mean to be dyslexic? Oxford dictionary defines dyslexia as “A general term for disorders that involve difficulty in learning to read or interpret words, letters, and other symbols, but that do not affect general intelligence.”

Being a general term for disorders, there are many factors that can be playing a role in why an individual may be dyslexic. This is why each dyslexic individual  is unique in terms of what is needed to overcome the reading barrier.

With all of this stated, the purpose of this post is to continue to bring attention to the fact that an individual’s dyslexia does not define success. There are many inspiring individuals out there who are tremendously successful despite struggling with reading. 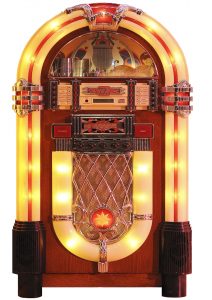 Henry Winkler, AKA “The Fonz” from Happy Days struggled to read his script. If you are interested in knowing what this was like for him, check out this CBS interview. He memorized what he could and ad libbed the rest when acting as “The Fonz” in Happy Days, claiming he was representing “the essence of the character.”

Henry Winkler has partnered up with Lin Oliver to create a series of books. Each of the books uses a Dyslexie font, a font that was created specifically for readers with dyslexia to make the books easier to read.

The main character, Hank Zipzer, is a student who struggles with reading. The chapter books are funny and fantastic to read with any child! Readers with dyslexia will definitely be able to relate to Hank! If you would like to hear Henry Winkler discuss the Hank Zipzer series, please watch this interview with Fox & Friends.

Henry Winkler has told many individuals over the years, “How you learn has NOTHING to do with how brilliant you are!” Even today, Winkler continues to read more slowly and stumble.

In an interview with Wall Street Journal, when asked what he would tell others who have a challenge with dyslexia, his response was this: “I would tell them that they have greatness inside them and it’s their job to figure out what is special about them… maybe they are great avocado growers, maybe they’re great dancers, maybe they are neurosurgeons. Dig it out and give it to the world!” 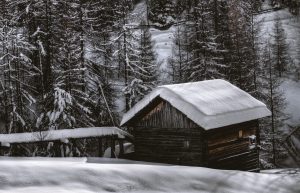 Octavia Spencer, an award-winning actress who has starred in movies such as The Help, The Shack and The Shape of Water, also has a dyslexia diagnosis. Words jumbled on the page for Octavia Spencer, making reading very difficult to maintain interest in. One of her teachers introduced her to Encyclopedia Brown, and that kept her engaged in reading.

Octavia Spencer’s love of mysteries and martial arts has combined together in the creation of her 2 Randi Rhodes, Ninja Detective books for middle school readers. In talking about her dyslexia with WENN, she claims, “I was a dyslexic child and am a dyslexic adult; that doesn’t really mean that you’re not intelligent – it just means that your brain functions differently.” 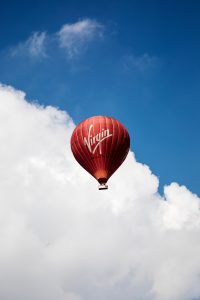 Sir Richard Branson, the founder of Virgin Group, has created one of the most successful businesses in the world. He dropped out of school at the age of 16 and started Student magazine. He describes a company simply: “…creating a product that makes a difference to other people’s lives.”

Sir Richard Branson discusses his dyslexia openly. In this interview with Quinn Bradlee, founder of Friends of Quinn, he says, “I think it’s important for, especially young kids that have been told that they’re dyslexic, to see that successful people can get through it. And that, if they follow their particular dreams, they follow what they’re good at, that they can be even more successful at what they’re good at than others. There are so many people like myself who’ve excelled in their individual professions, who have been dyslexic.”

Sir Richard Branson relies on jotting notes down to help with remembering them, which is why he carries a notebook everywhere. He has written a few books. Among them are Losing My Virginity: How I Survived, Had Fun, and Made a Fortune Doing Business My Way and  Finding My Virginity: The New Autobiography. 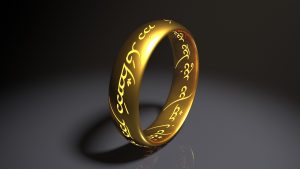 Orlando Bloom is another successful individual who has been vocal about having dyslexia and overcoming. He has stated that homework was a nightmare for him, as was getting his thoughts on the page.

In this interview, when asked what he would say to a 7 or 8 year old Orlando today, his response was, “I’d say, just hold onto your dreams and never, ever think that you’re not good enough or that you’re stupid… never let anyone tell you that you’re stupid, that you’re not capable… we’re all the same, we’re all equal and we all deserve a shot. You know, take this obstacle and make it the reason to have a big life, because if you can overcome that obstacle, you’re going to be that much further than everybody else because it takes having obstacles to learn, to grow and be better…”

Orlando Bloom goes on to say, “The obstacle, the mountain that is that, the challenge of climbing that dyslexia is something that you can make your own and make it a reason to be a winner in life.”

A few movies Orlando Bloom has acted in include Pirates of the Caribbean, The Hobbit and The Lord of the Rings. 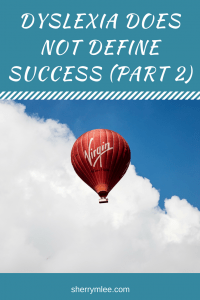 I hope you find these individuals as inspiring as I do in their overcoming and achievements in life despite difficulties with reading! I look forward to sharing about more individuals with dyslexia who have not let the diagnosis hold them back. Stay tuned!

Downloads may contain affiliate links, helping me support my family at no extra cost to you. Thank you for your support!

You Are… More than ADHD

Hilarious Chapter Books to Read to Your Children